Finally, my online presence has reached beyond social media with the launch of my own website. This is something I had to do much sooner and I’ve been playing, and struggling, with this for quite some time now actually. It just never took off until I started working on the website you see here today. So for a first blog post, I thought it would be a great idea to introcuce myself a bit.

My name is Thomas and I’m a photographer with a passion for the automotive market, I’ve been fascinated by cars ever since my father took me to the AutoRAI in Amsterdam when I was just two years old. I can’t remember much about it myself but everytime my parents speak about it, they say I was interested in literally every car there. It didn’t matter if it was a classic or a concept, if it was black or bright yellow or even if it was a simple grocery getter or an outragious supercar. All cars were interesting to me at that time and this is something that would eventually make me to what I am today.

There’s one exception to this story though, one car seemed extra interesting to the two year old me. While it was hard for me to see past all the legs of the grownups that strolled the halls filled with cars, the story goes I spotted one car that just lured me in. It was fenced off to protect it from the public but being two years old, that fence wasn’t exactly and obstacle for me. Until this day my father still tells the story of how I made my way through the rows of legs, underneath the fence and right next to the bright red Ferrari F40. Apparently I circled the car, inspecting every panel and part that was in my field of vision, all with my hands behind my back. I was fascinated and even the security let me inspect the car carefully without ever touching it. With some digging in the archives, my father luckily found prove of this event that I think has defined me as a petrolhead. 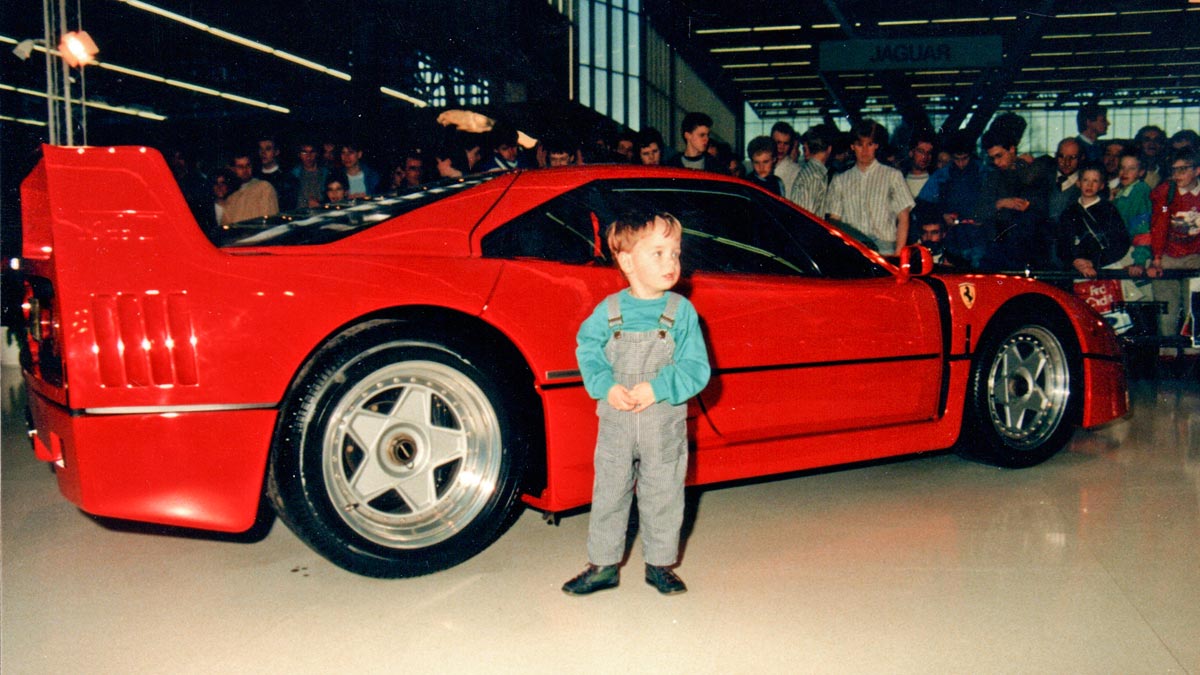 It would be years until this passion would play a roll in my decisions that lead me to become a photographer, only in the last years of highschool I decided I wanted to work with cars and planned on going to a college that would help me with that. This didn’t work out though, what I had to learn and study there wasn’t what I had in mind and I decided to quit. This was the moment where I almost went a complete different direction. I worked for a couple of years and decided to go back to college, this time something completely unrelated to cars or photography.

It was during those years that I picked up a little camera, small enough to put in my pocket and take everywhere, and started snapping pictures of cars whenever I found something interesting in the streets. From that moment it all seemed to go quickly, I found out that I liked taking pictures and that I wanted to get better with every new image. I saved up money to buy my own DSLR, as my father got pretty annoyed with me taking his camera everywhere I went, and I’ve been practicing ever since. I visited car events, posted up pictures online, came in touch with large numbers of people with the same passion and eventually even with owners of the cars that I loved to have in front of my camera.

Back in 2010, one of these owners gave me a little push in the back. I had never really met him when we got in touch to be honest, but I was drawn in by the beauty of his car and a random encounter on the highway eventually lead to a series of photos that really put my name out there. The owner asked me to come to Madrid, Spain, to come and shoot some photos of his car..with ‘some’ meaning as much as I could take in 4 days. We planned my trip by phone and email and I tried to find locations in the city close to a 1000 miles from my home by looking through citytrip blogs, photo websites and Google maps.

This is still by far my best experience in photography, a stunning Lamborghini Murciélago LP670-4 SV, a beautiful city, incredible locations and an amazing group of people that came with us for those four days. When I posted the pictures I took those days online, they made headlines on automotive websites and blogs worldwide, they kept popping up everywhere and people started to know my name. I’m still thankful to the owner for this incredible experience, and the experiences we had after this as we’re still in contact. 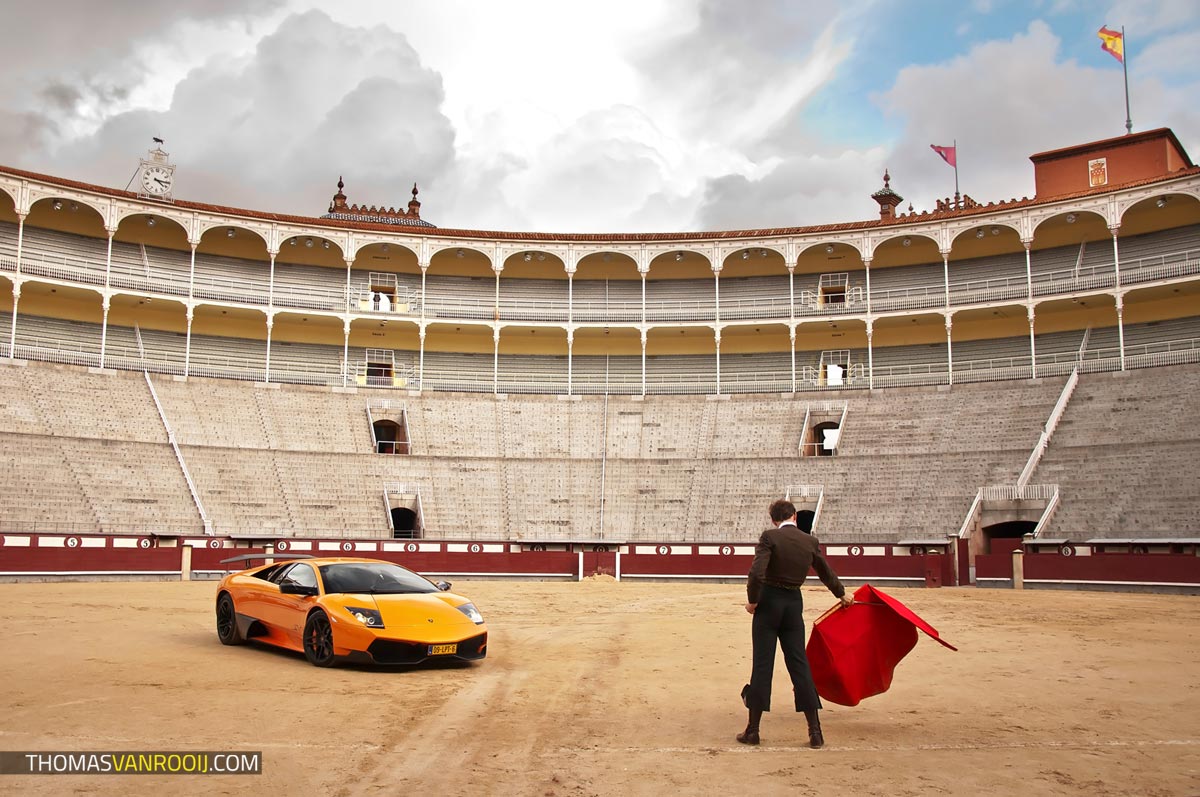 With more and more of my time going into photography, and the first payed jobs rolling in, I started to contemplate a life as a freelance photographer. It seemed a dream as the market is flooded with people who love cars and happen to have a camera, we also still found ourselves in the middle of a global financial crisis at the time.

Slowly but steadily I had build a network though.I came in contact with both professional automotive photographers which helped me improve my skills a lot and local players in the field that valued images that didn’t look like everyone could have taken them. Getting more jobs meant that I had to officially register my photography as a company, our government really appreciates it when people pay their taxes. So that’s basically my story from being an innocent 2 year old gazing at a Ferrari to being a freelance photographer and launching this website filled with pictures of cars.

On this blog I will check in every once in awhile to tell something about jobs, what goes on behind the scenes and life as a photographer in general. If you have any questions that you want to ask me, then please feel free to get in touch. 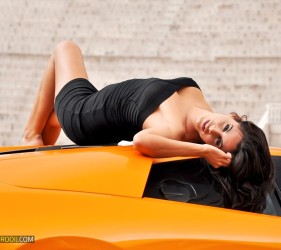 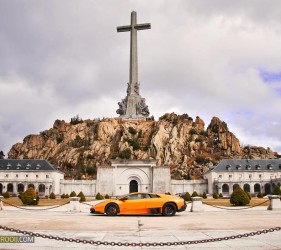 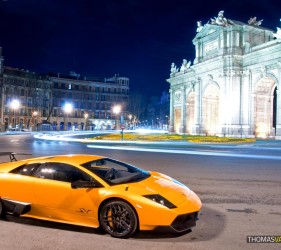