Behind the Scenes | KTM RC8R Photoshoot

In my previous blog post about the Daytona Coupe I told about joy of doing personal work. Or as I explained it, doing jobs without briefs that let me bring to life my own vision. Today I want to take you along another example of such a photoshoot. When a friend told me he bought a bike, this beautiful KTM RC8R, I knew I wanted to do something with it. It wasn’t long before I came up with a shot that I really wanted to get. Below I’ll tell you about the idea and the way we realized it.

As I’ve mainly focussed on shooting cars, it seems people think that’s all I can do. It’s true that a passion for cars has lead to this career and that I thoroughly enjoy being around cars and taking pictures of them. Along the way though, my passion for photography in general has grown a lot too. So when the opportunity to shoot this motorbike arose, I jumped at it. Having access to a fairly empty parking garage always comes in handy, and it would work perfectly with my idea. Looking at commercial images from the automotive brands, you often see people in those photos around the object. It helps connect with the viewer, and possible client, and to see the car for instance in it’s natural habitat. I wanted to incorporate the human element in my photography too, and for this KTM RC8R I wanted to use its owner.

For the shot I had in mind, I wanted to include the driver visually. He had to be there but not the main focus of the image. I didn’t want to make it look like a portrait. So in order to get to this, the composition would be key. While we were doing a finally cleaning of the bike, I found what I was looking for. I set up my camera and asked another friend, the assistant for the evening, to take position. With the stand-in in place, I could make the final adjustments to my composition.

With the composition and settings dialed down, we could place the bike within frame. A black bike, with some many details, angles and shapes, would be challenge to light. Especially in a garage with motion triggered combined with permanent overhead. This is where the gear comes into play. Having a circulair polarising filter on your lens helps to reduce unwanted reflections. Sometimes several rotations of the filter are needed to eliminate all reflections but in this case I got to work around that. The external lights I had with me would overpower most of the lights anyway, so I used the filter only to cut down the brightest reflection. As this bike has so much lines and fine details, I shot countless exposures with the lights. This way I could piece together the final image with light exactly how I wanted it to look on all parts of the bike.

When the lighting of the bike was done, there was one more piece missing. The owner of the bike got in his drivers suit and was a bit hesitant to become part of the photo. While I assured him his face wouldn’t even be in frame and that he would really like the end result, I guided him into position. The first few exposures felt a bit forced, as expected with someone not used to pose. After a while we found the perfect balance though between a relaxed and a visually pleasing pose.

With my own image shot, we still had some time left to get some more shots of this stunning KTM. The owner was over the moon with his new toy so I couldn’t let him go with just one picture of the beast. We repositioned the bike two more times, and repeated the process of lighting it in this grungy and dark location. The sharp lines of the RC8R paired with the matte and gloss black panels, topped off with bright orange details, ensure it’s stunning from every angle. Even though the owner really only wanted some pictures of his bike and wasn’t really convinced by the concept of my shot at first. That photo is the one hanging in his living room now.

So while I often don’t really have any real behind the scenes material available, I tried to give a little insight in how this photoshoot was done. I hope you enjoyed the break down of how I realized the concept I had and what work went into the final images below. Please feel free to contact me if you’re interested in my services or if you have any questions for me. 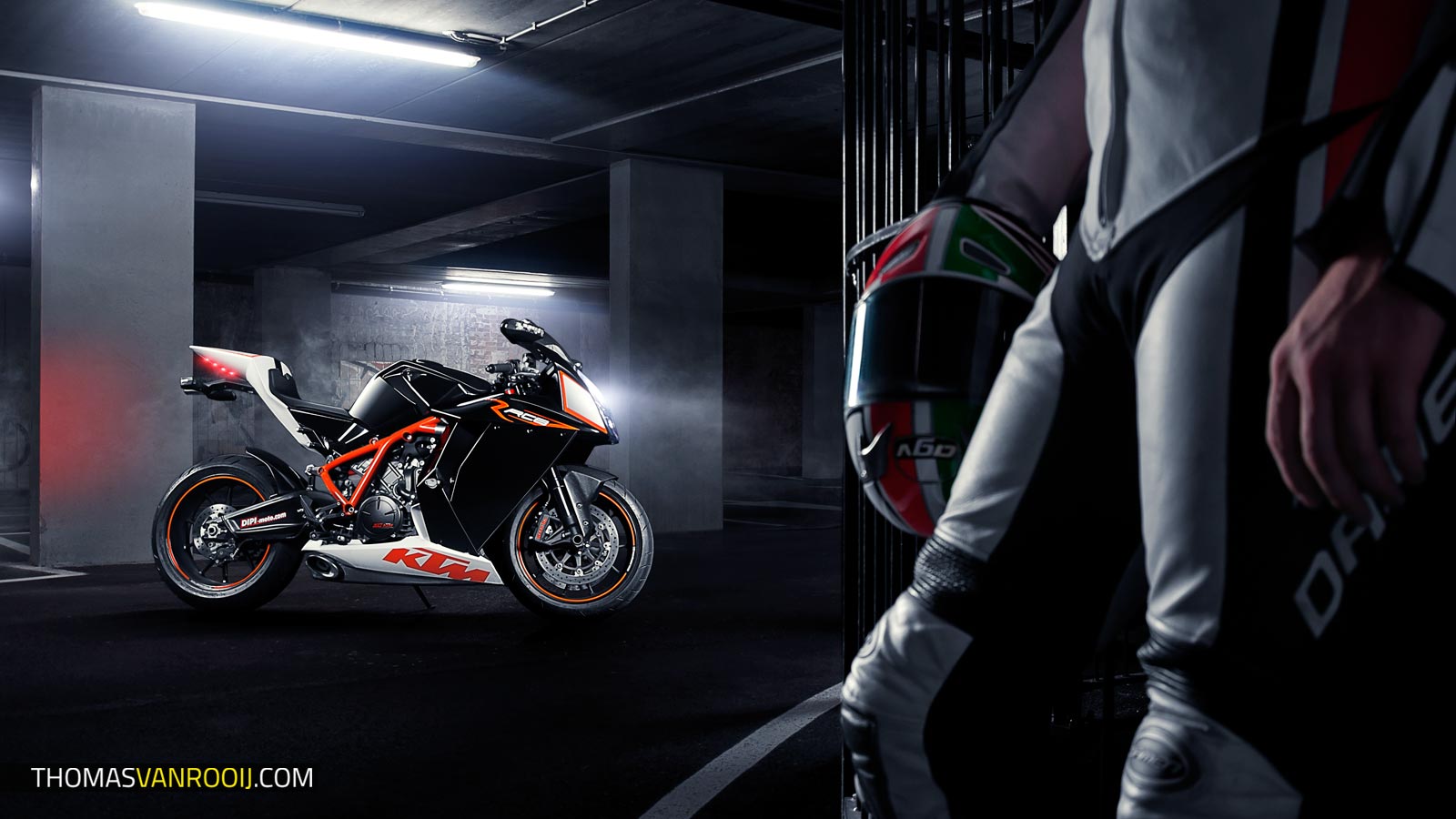 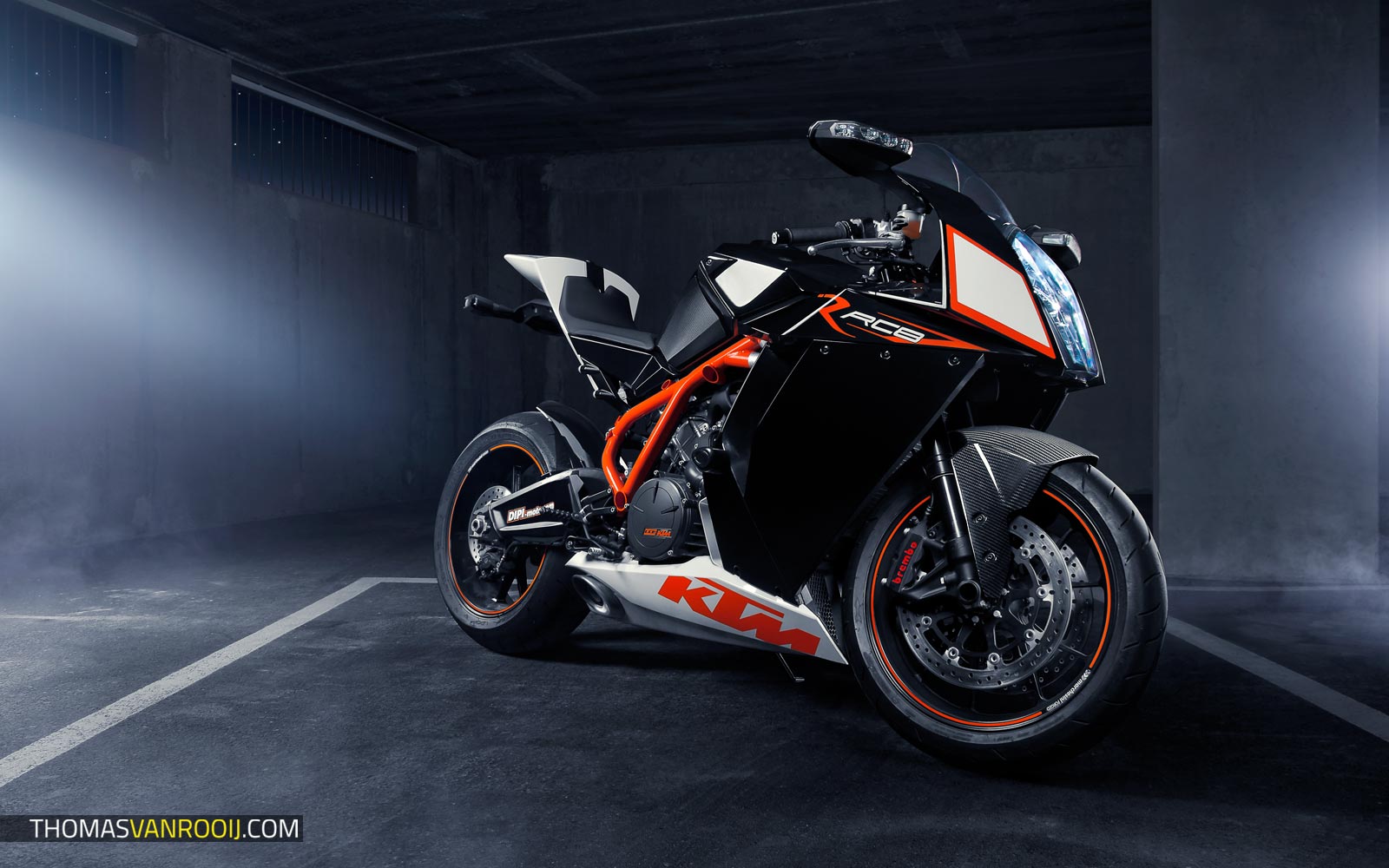 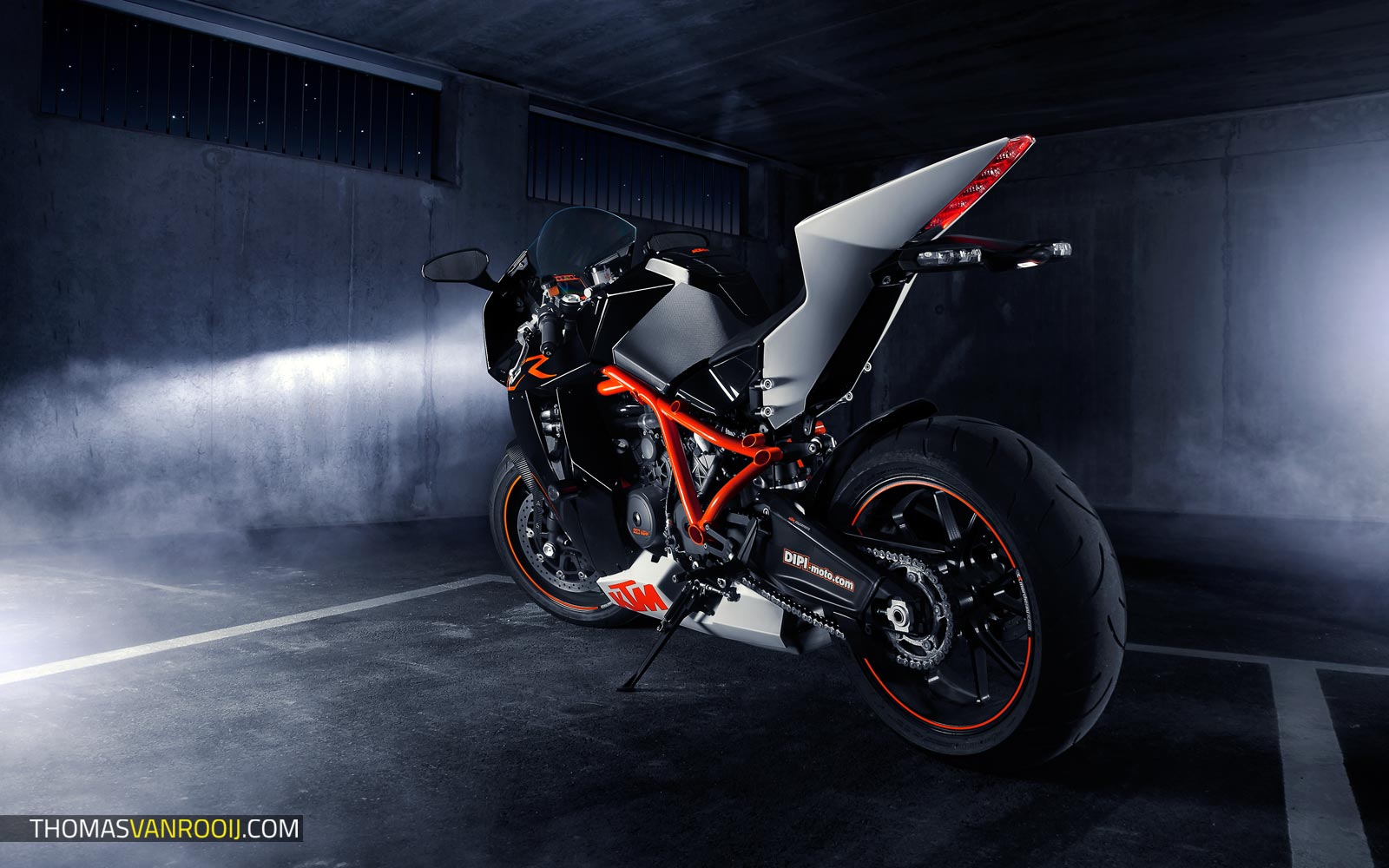