Behind the Scenes | WABCO Trailer Photoshoot

While it shouldn’t be visable in the final results, most gigs come with their own challenges. With some they’re just small things, with other jobs I really have to go all out to deliver. For the ‘Behind the Scenes’ topic here on my blog, it felt like I should pick an example of the latter category to tell about ofcourse. A lot of improvising and most of all, a lot of post processing went in this job.

Last year I got to shoot the campaign images of a new WABCO Vehicle Control Systems product. Even though I had shot for them before, this product was a just a prototype at that time so information was fairly limited so to speak. The WABCO OptiFlow Tail we were going to capture is an aerodynamic feature, to be mounted to the rear of trailers to reduce aerodynamic drag and therefore fuel consumption. In the transportation business, fuel is one of largest parts of the costs so any reduction in the fuel consumption is welcome here. While earlier work for them had to be done in short breaks from a continious testing cycle, this time I would have more time luckily. This didn’t mean there were no challenges though. 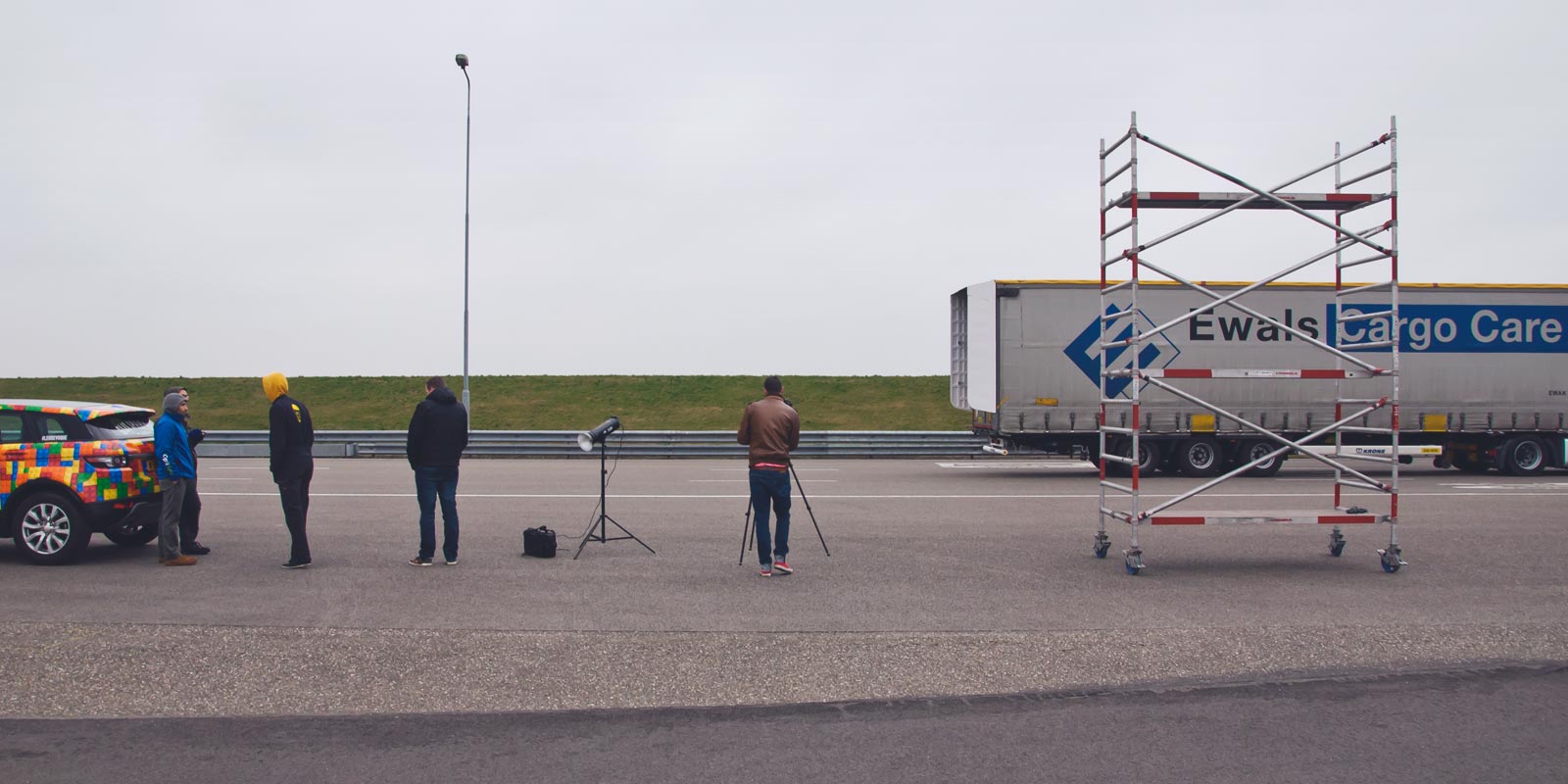 For starters, the trailer we had for the job wasn’t exactly looking like it should be as you will see. We planned the photoshoot right after another testing program, so the trailer had ran thousands of miles and wasn’t exactly clean. Than there’s the livery issue. As you’ll see, the trailer didn’t really suit the brief. Another challenge was the weather. While the entire week leading to the production day was sunny and as pleasant as can be expected of a Dutch March. On the day itself, we weren’t that lucky. Just note the coats, caps and gloves of the team in the behind the scenes shots. 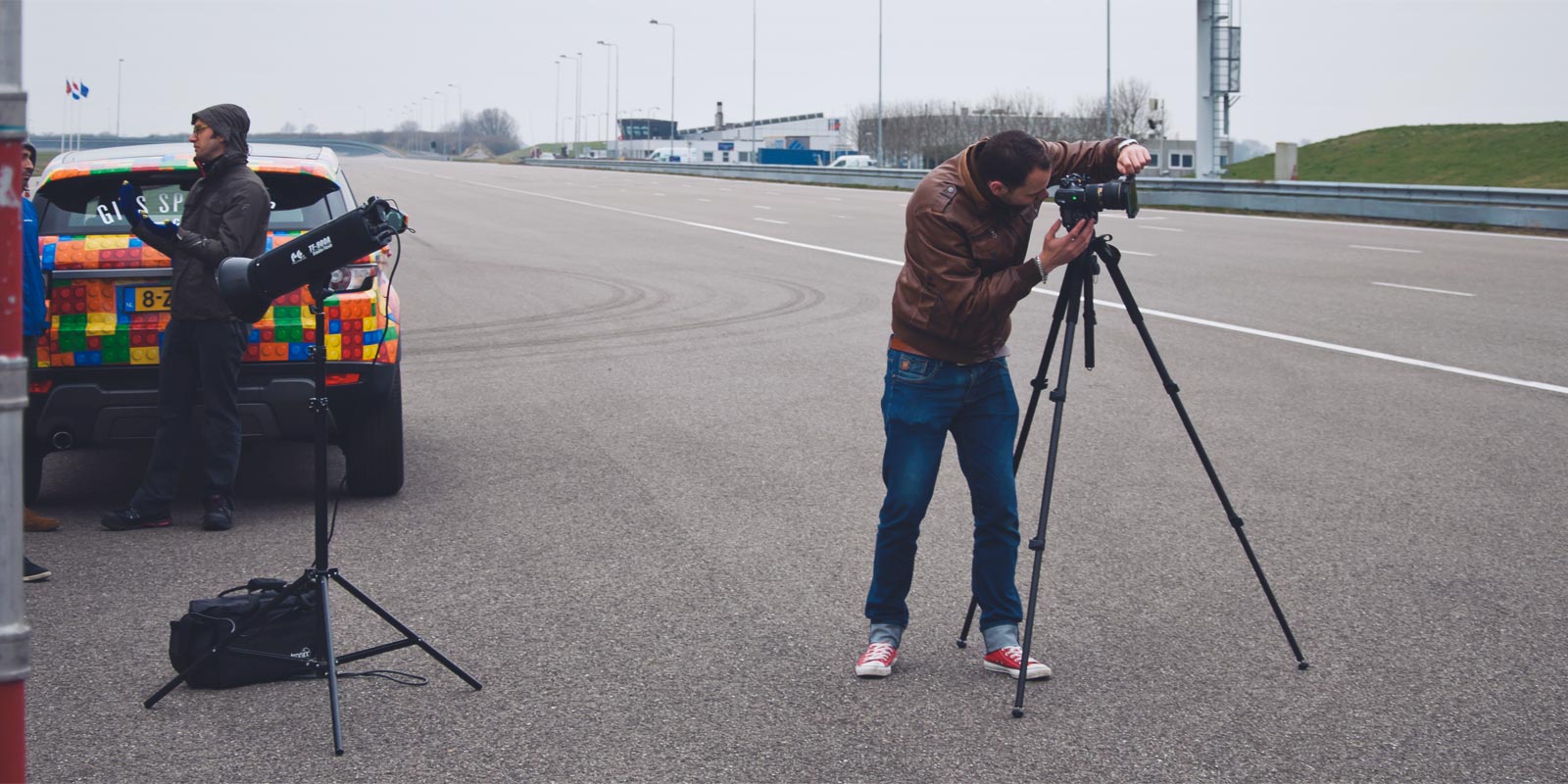 So while a lot of post production was needed to realise the brief of the client, we started with washing the trailer and truck. With most of the dirt gone, at least from the parts that wouldn’t need much editting, it was time to get through the shotlist. We had exclusive access to the testing facility, with an impressive oval track with banked corners. Perfect for some clean base images and a dynamic hero shot of the product. It was just one degrees above freezing so my assistant and I tried to get through the shots as quick as reasonably possible. 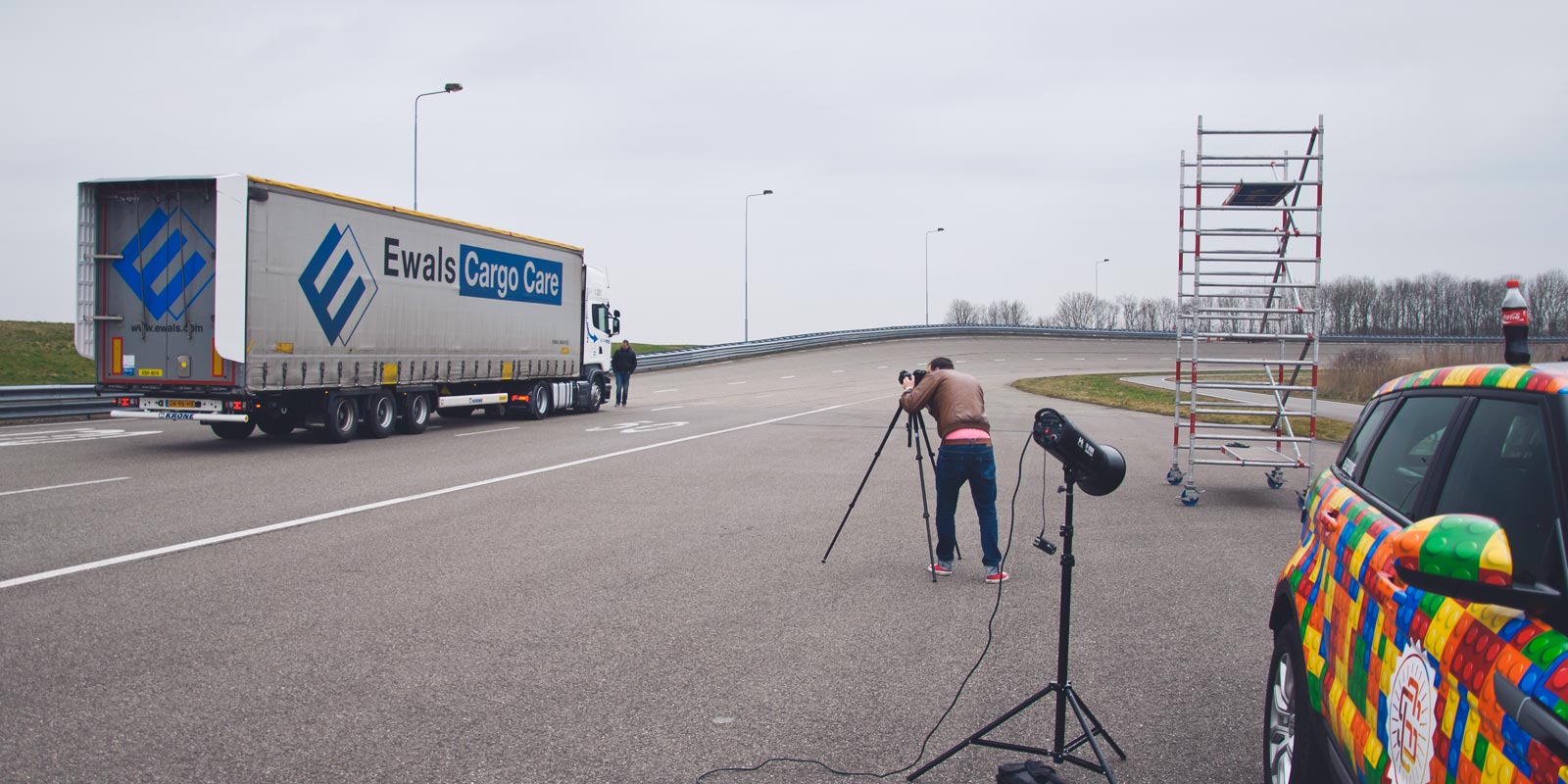 The largest part of this job would take place behind the computer though. As the truck was hooked up to a so called tarped trailer, changing the livery wouldn’t be easy. I had to delete the present livery and draw in the new one without losing the ribbed texture. On the rear of the trailer another challenge arose. The complete backside of the trailer was filled with an unwanted logo. This would normally be not very hard to fix, but with the aerodynamic product being mounted, an intricate play of shadows and reflections appeared. That had to be recreated too, in a way that would match the different weather conditions I had to realize. 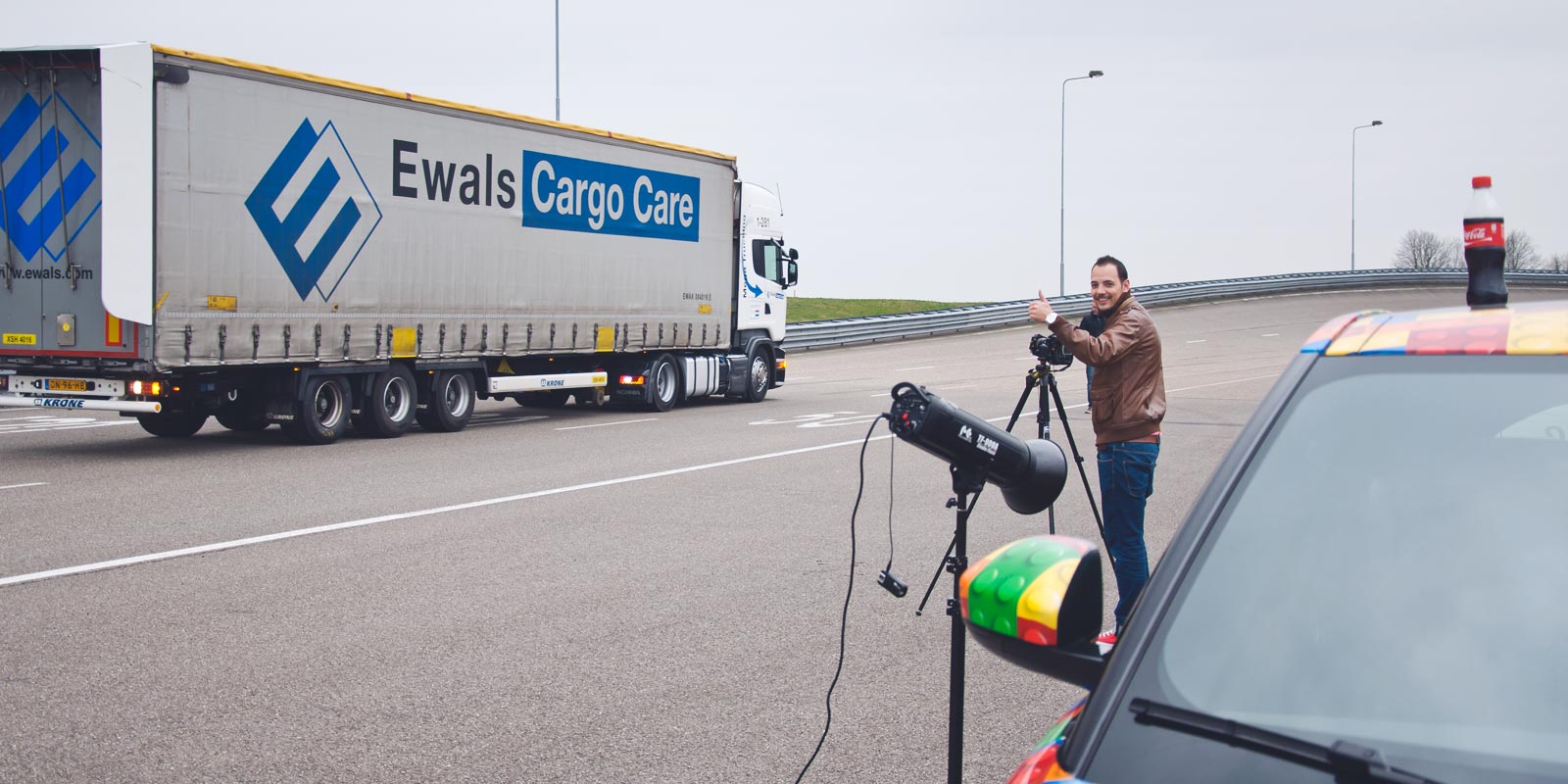 After quite some hours of detailed post processing, the final results came near. While I’d always recommend to get as much as possible right on set, I hope this shows what can be done in extreme circumstances. For this job, we really had no other options. It took a lot of work, but I’m very happy that we were able to realize this brief under the given circumstances. Like I’ve said before, each job comes with its specific challenges. This one though sure brought a lot of them. I’ve showed you how it looked like during the shoot, below you’ll find the final results that I delivered to the client. 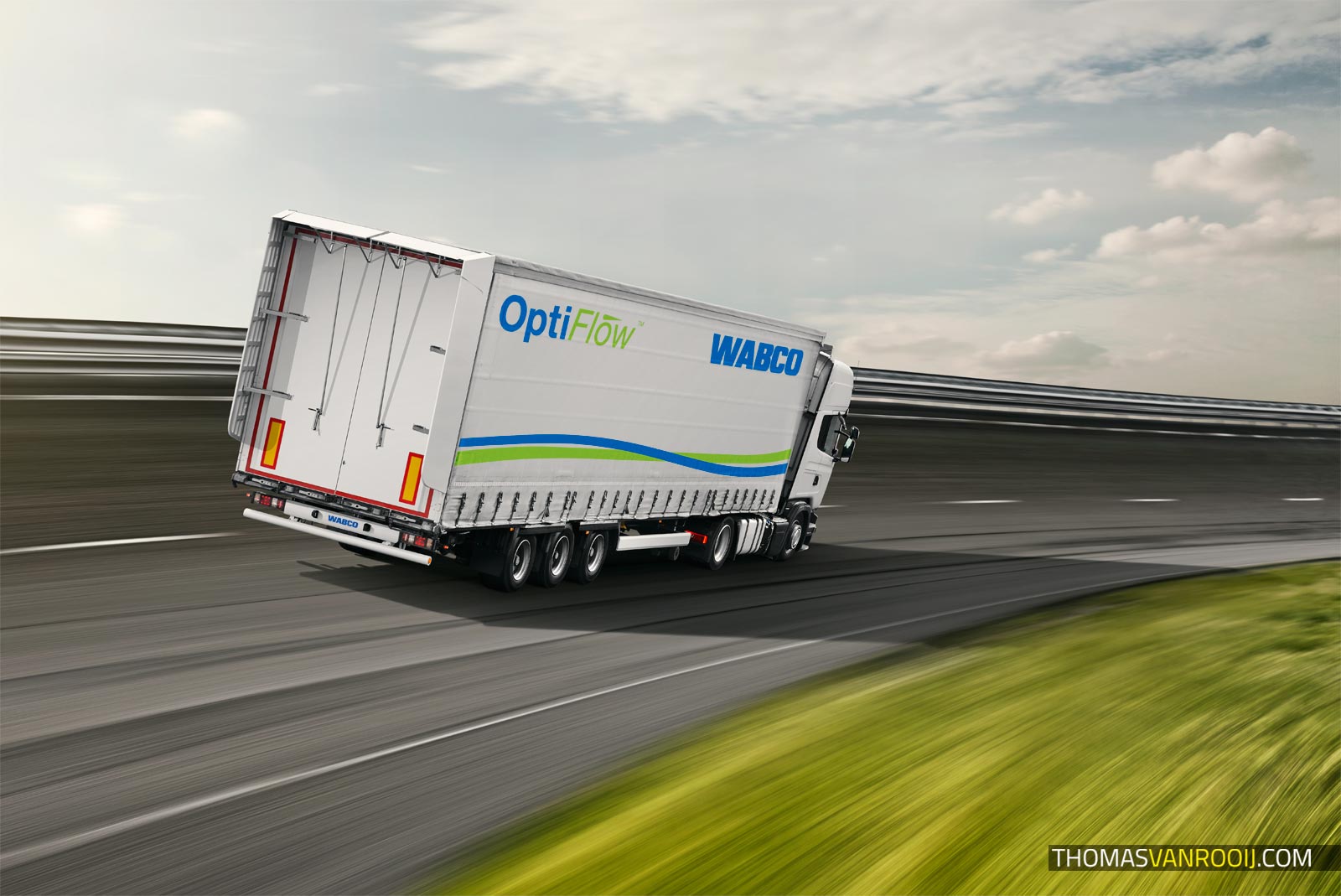 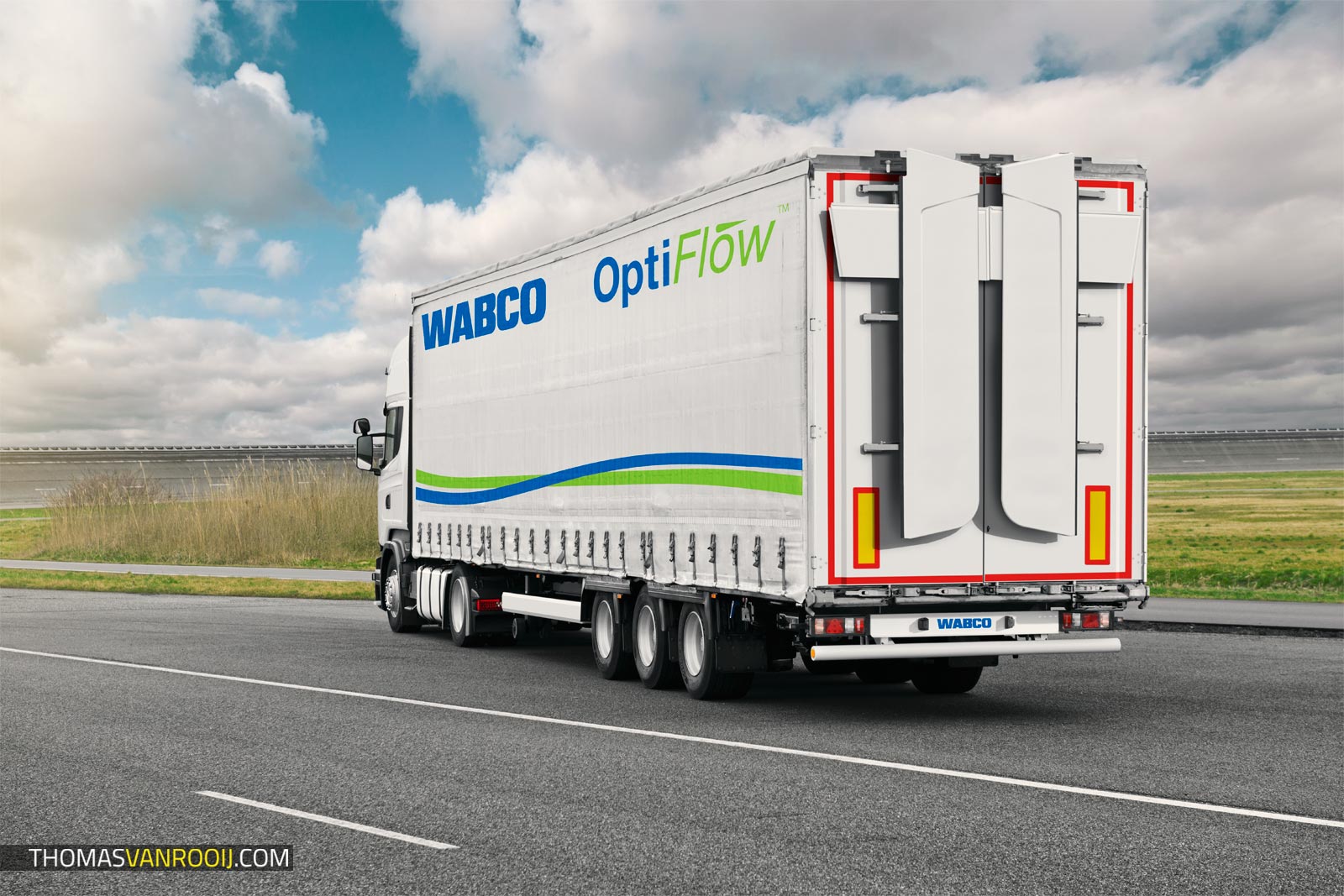 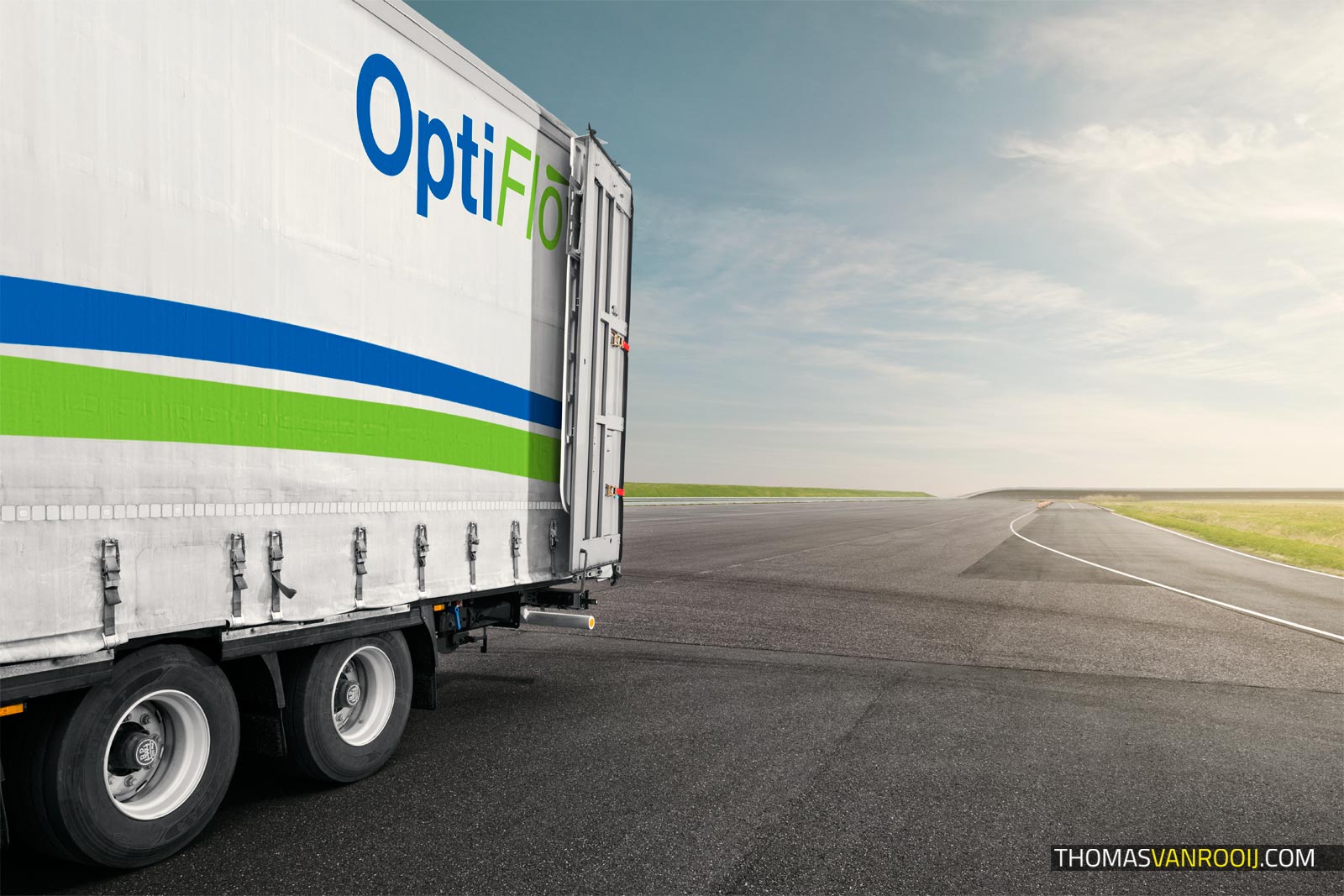 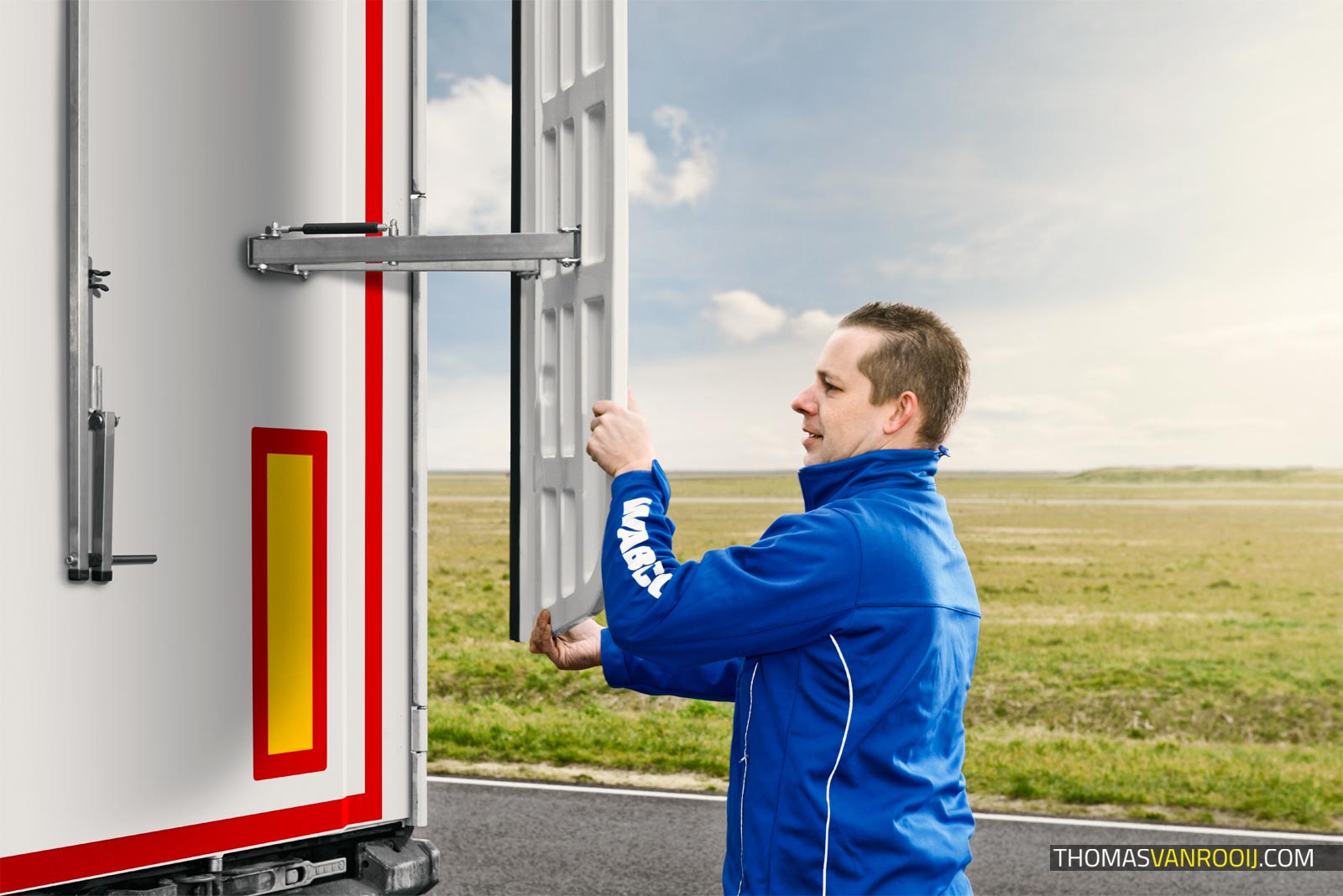 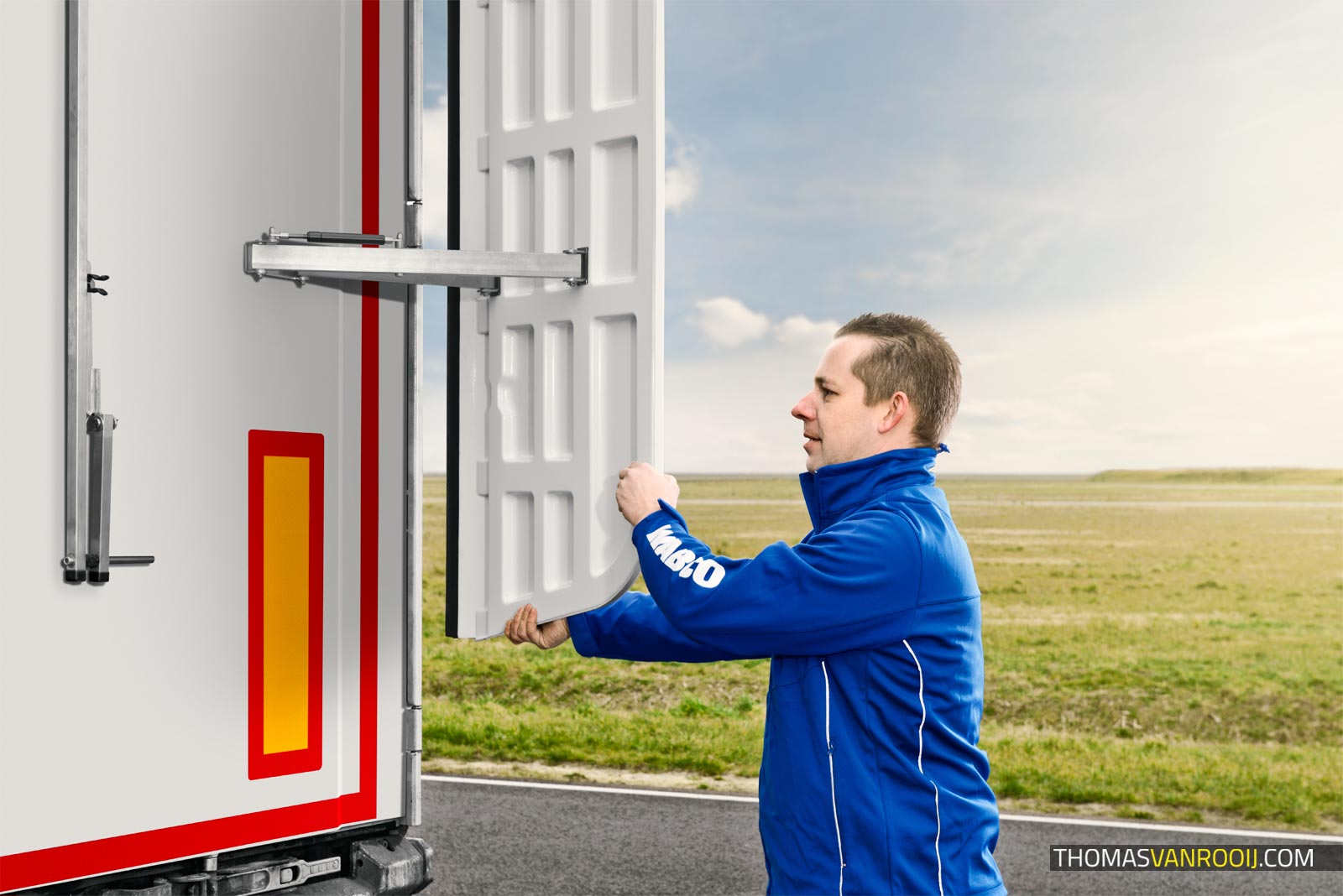 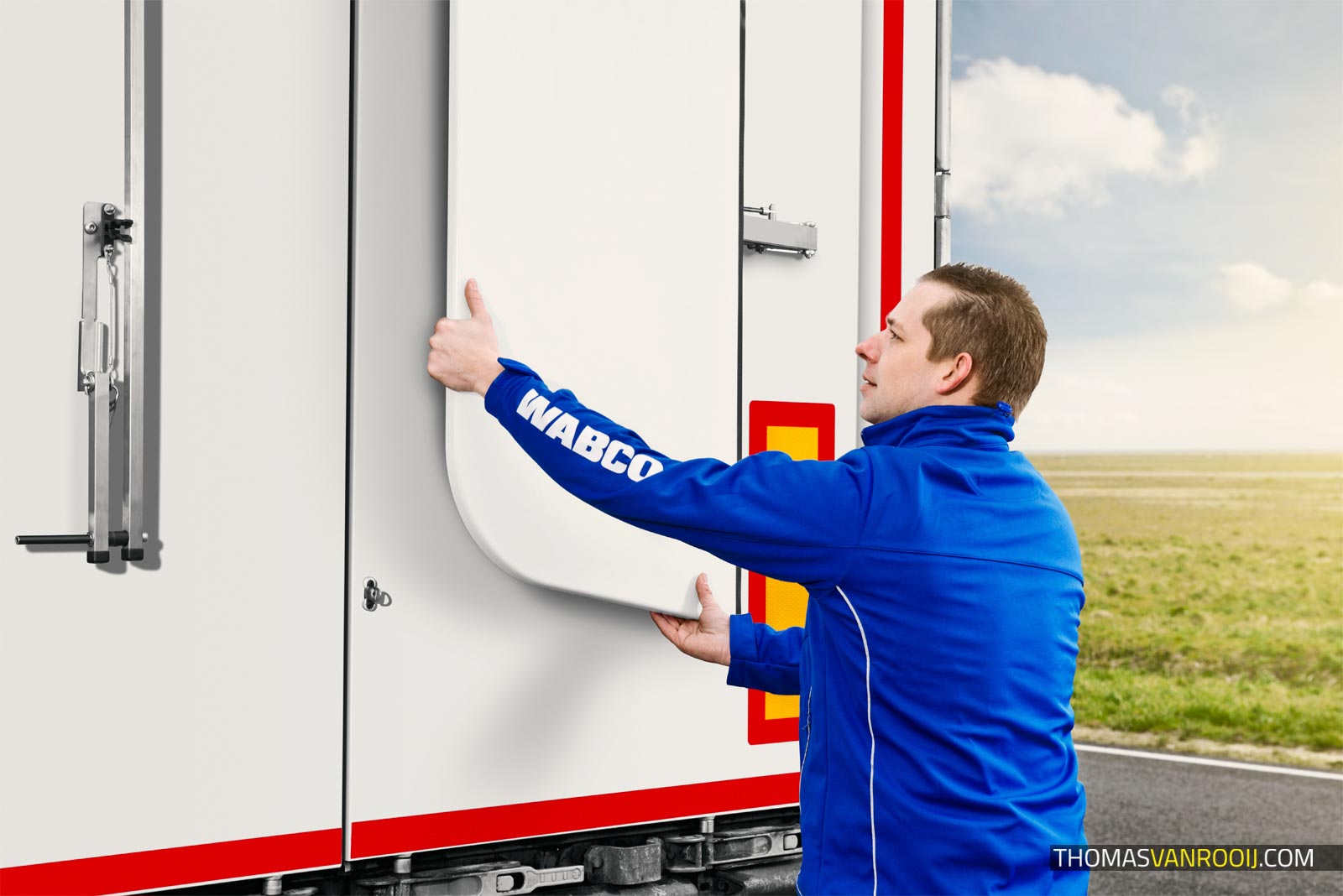 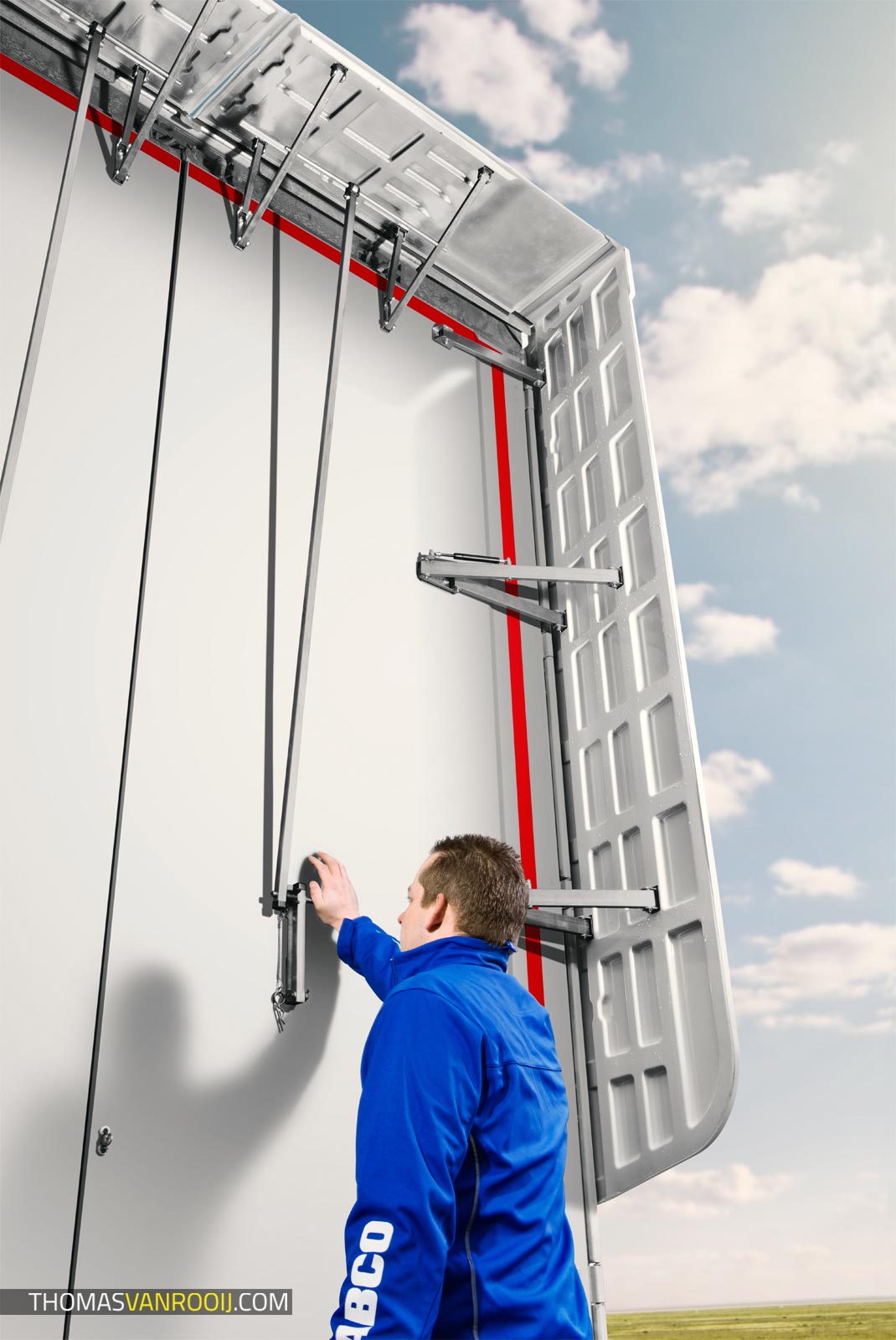 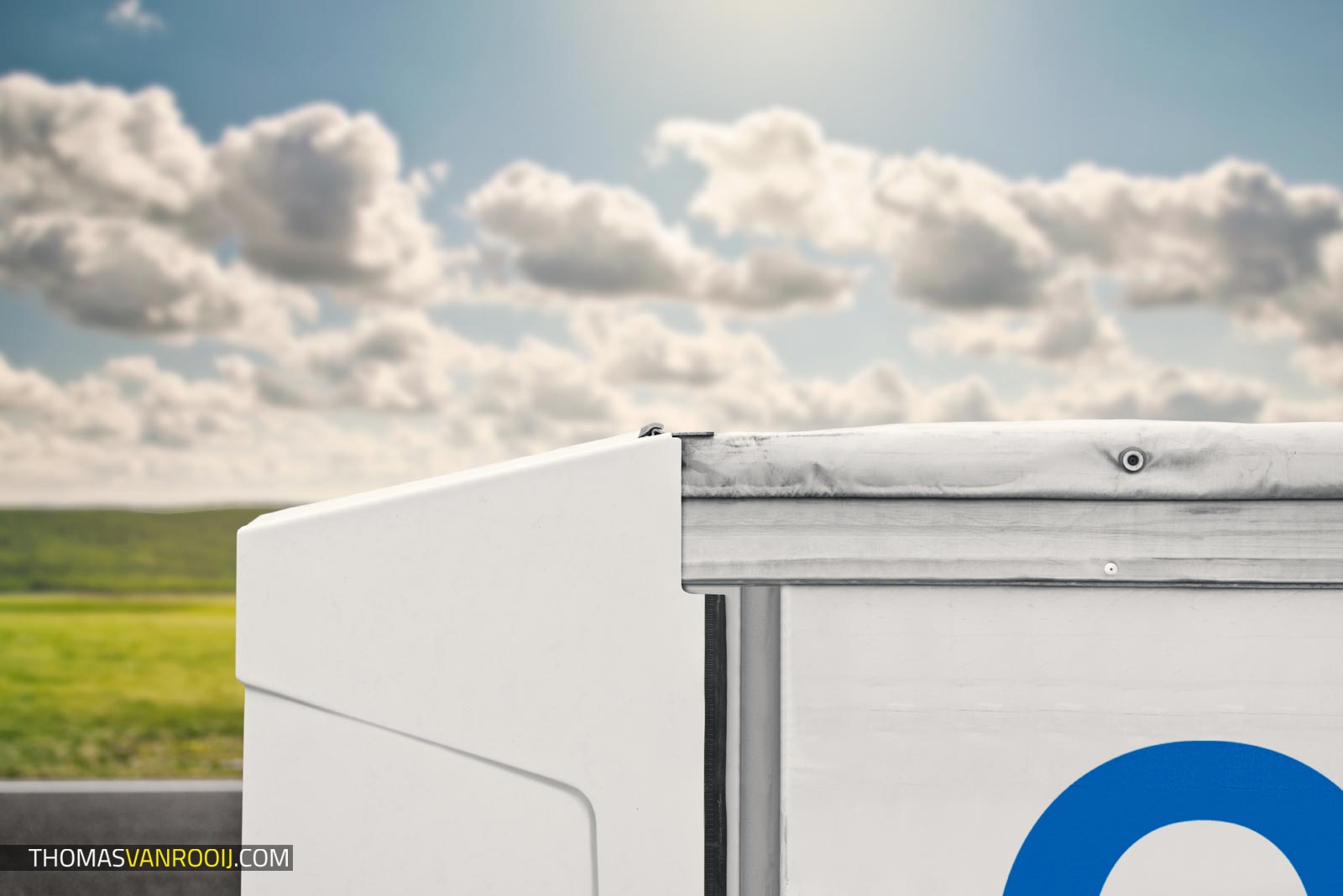